Lots of things going on lately.  Rebecca had her first double digit birthday on May 20th.  She was excited to spent it with family who made a surprise visit to spend the day with us.  They spent the days playing outside whether exploring for geocaches, going for walks, enjoying a camp fire, and just fun with their cousins.  She also had her favorite dessert, chocolate cake! 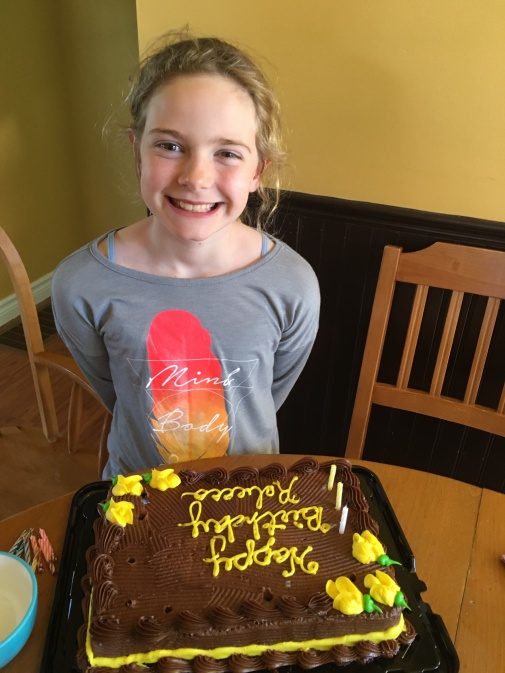 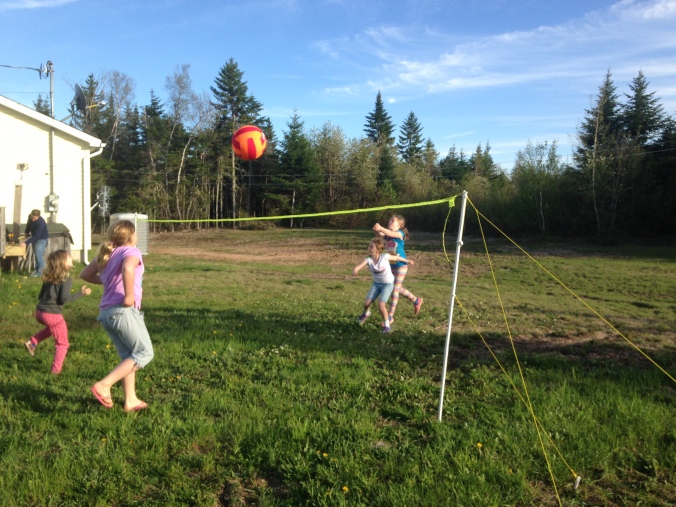 The same weekend, we also took a nice paddle on the fully flooded Belleisle Creek. Rebecca took her own kayak (thanks Mike!) and was mildly tired at the end of the 2 hr paddle.  Both girls wanted to explore the bird viewing platforms, which were now ‘islands’ in the flooded trail area. 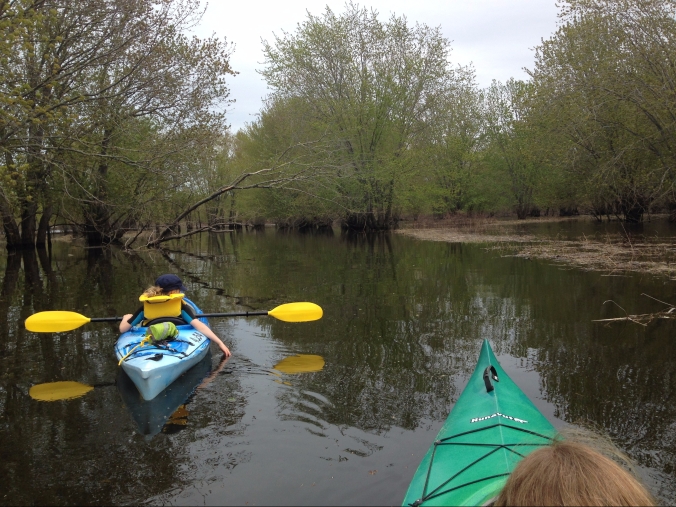 The girls and I recently discovered a new play spot at the high school in Belleisle.  We’ve found a neat track around the rugby fields for them to ride their bikes on and basketball and/or road hockey courts to play on.  The variety is fun on a sunny day. 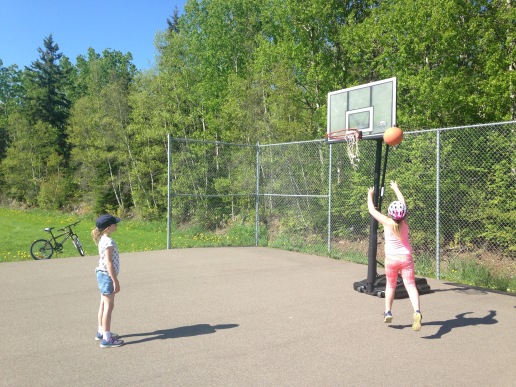 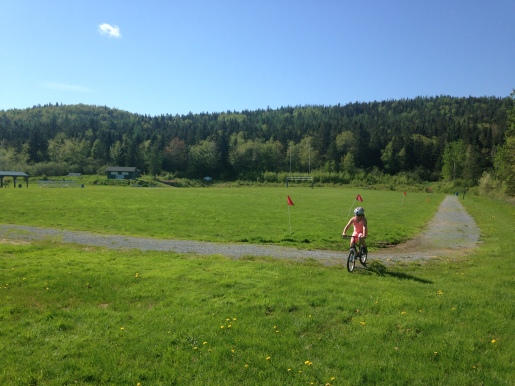 We were lucky to find out about softball in the Belleisle area as well.  Both girls play on the same night and are incredibly excited about it.  Rebecca has a few good hits and Abby has skills for pitching, with the concentration needed for it as well. 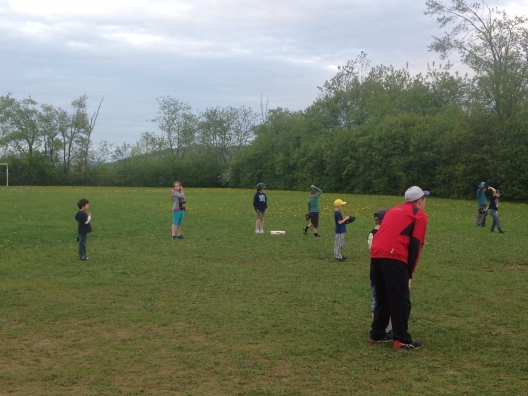 Abby is progressing really well with her horseback riding.  She is excited to go every second Saturday — and usually meets friends of hers who take lessons at the same time.  She really shows how confident she is with animals and the drives back and forth from the stables are always filled with excited stories about what she did or how the animals were acting for her.  It was especially exciting that she had been riding ‘Bo’, who had only been broken a few weeks earlier.  It was a big thing, knowing he had only been ridden by two others before.  This past week, she was taken on her first outdoor ride.  The scenery is beautiful on Dickie Mountain. 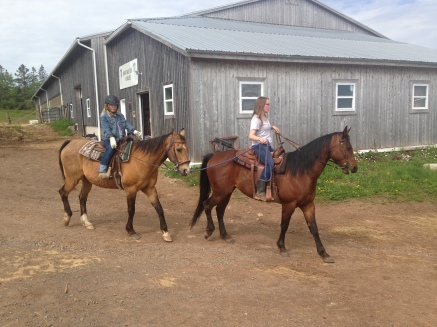 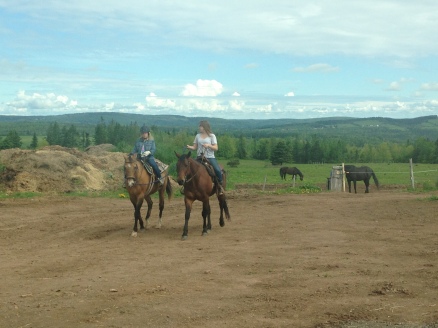 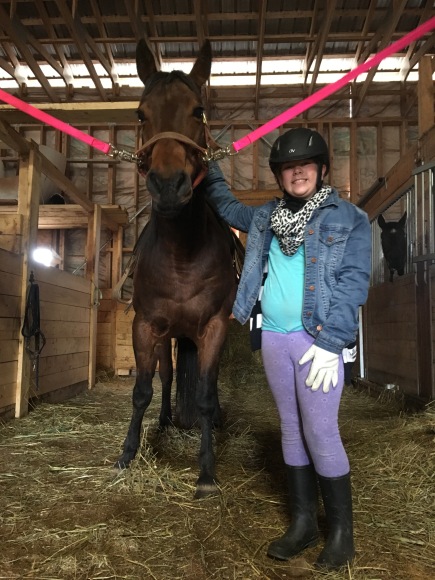 Rebecca and Abby had been preparing all spring for a play production of ‘Where the Wild Things Are’.  Rebecca had a small role in the play portion and Abby’s class had musical contributions.  As always, they were so cute preparing and proud of their accomplishment of doing the play.  Both were naturals at it, given all their practice at home! 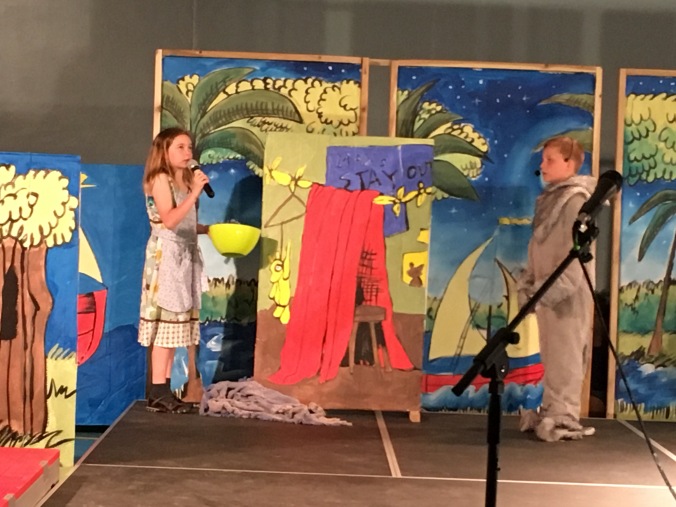 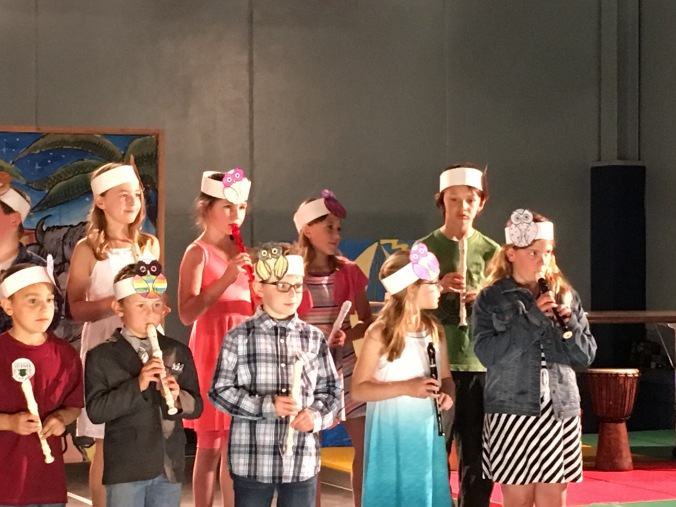 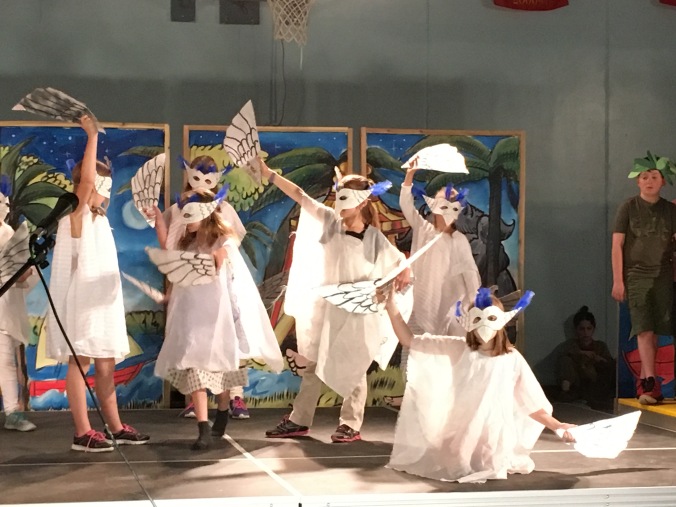 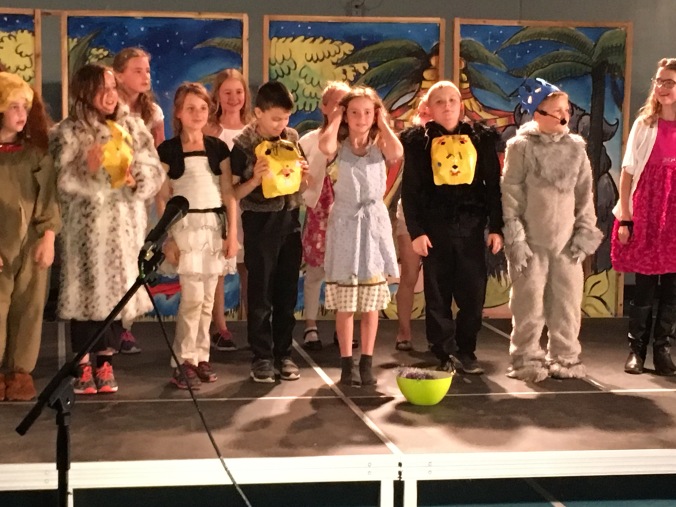 Also as of early May, Sheena has been madly busy with her return to school and working toward a social work degree from the University of Victoria via distance education. She had applied in the new year for the degree and was accepted to the program. Because its an online degree, she spends her time ingesting knowledge through her laptop in the form of all things internet, podcasts, readings, lectures, and more.  It seems like deja-vu for both of us at times.

Lastly, Willow has been showing her age lately.  She has been quite excited to swim though, which seem to be easier on her hips and legs.  Here she is swimming at the Cuts.  Not quite sure how she doesn’t mind the cool water! 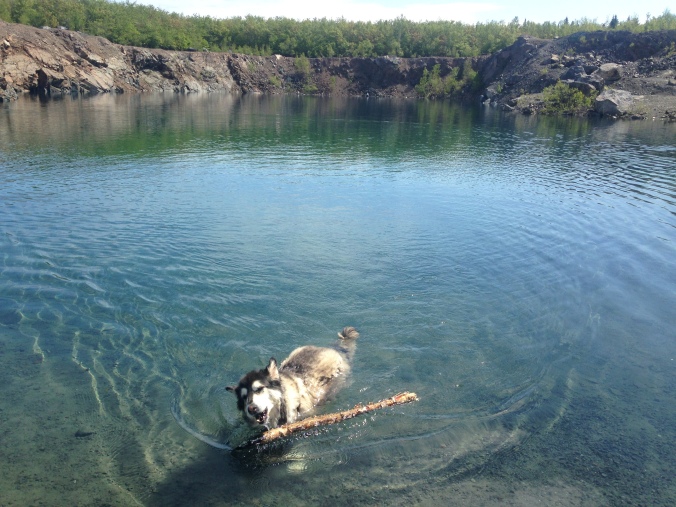